A strong sense of belonging is rising up alongside new apartment blocks. 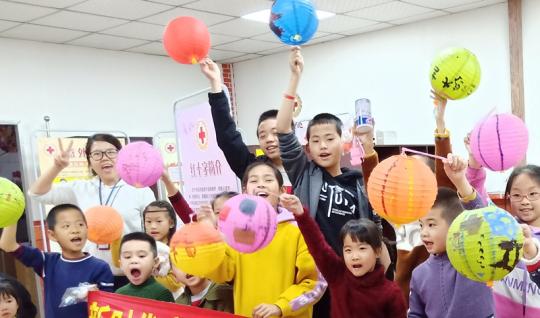 Huang Yu-ching spent Sunday at a neighborhood activity center in a renovated single-story building in Xiamen, Fujian province. She was teaching a group of children to draw pictures on brightly-colored lanterns that would be used in the Lantern Festival on Tuesday.

In October, the 33-year-old from Kaohsiung in the south of Taiwan started work as assistant to the director of Zhongshan community in Xiamen's Haicang district. One of her main responsibilities is to help cultivate a sense of community via public events, including traditional festivals.

Huang is following in the footsteps of Li Pei-chen, who in 2014 became the first person from Taiwan to become an assistant in Haicang. At the time, the district was starting a project to renovate residential areas and bolster local people's sense of community.

Four years later, the village in which Li works has been transformed from a shabby collection of rundown buildings into a beautiful rural tourist spot. The project's success prompted authorities to expand it across the district.

By July, Taiwan residents were working as assistants to 43 community directors in Haicang, covering all of its villages and communities. They have all attended university, and 13 have master's degrees. The male-to-female ratio is roughly equal and 29 of them are age 35 or younger.

Hong Yizhen, deputy head of the district's civil affairs bureau, said, "Taiwan started community-building programs much earlier than the Chinese mainland, so we hope the assistants will use their experience to help here."

In the activity center at Fengshan village in Haicang, children were running around a cement playground, while adults played table tennis or volleyball in a nearby yard. Residents can also spend time in a corridor that features photos and pictures of famous village forefathers and is decorated in the southern Fujian style.

A popular museum illustrating the history and development of the village is located in a renovated warehouse. The former mud floor, which was overgrown with weeds and often resembled a quagmire as a result of poor drainage, has been replaced by a cement base.

The renovation work was designed and carried out by Chang Te-wei after he became the assistant to the village head in mid-2017. The 42-year-old, from Taichung in central Taiwan, has nine years' experience in architectural restoration work.

"The improvement in the local environment has seen a growing number of residents using the facilities, while others bring their children and voluntarily collect litter and rubbish strewn on the ground," he said, adding that a range of activities will be organized this year.

Huang said activity centers are important for the development of community spirit because people need places to congregate, talk and make friends.

Zhongshan, the village where she works, has also been transformed. The local government demolished most of the buildings and replaced them with high-rise apartment blocks, some of which are still under construction.

However, Huang realized that it lacked an activity center, and in November she had the idea of locating it in a 60-square-meter kitchen that had been built to feed the demolition workers, but was abandoned when the work ended.